The Driver of Fatal Tesla Crash Was Gaming While Driving 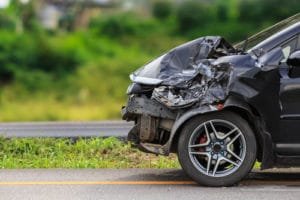 The driver of a Tesla that was involved in a fatal accident that occurred on Highway 101 and Highway 85 in California was believed to be playing a game on his phone directly before the collision happened. The National Transportation Safety Board provided these details after performing a full investigation into the matter.

The accident happened back in March of 2018. It is believed that the driver of the vehicle, Walter Huang, was relying heavily on the use of Tesla’s autopilot feature while driving. He is said to have been playing a video game with his smartphone during the time of the accident, likely taking his eyes off the road for too long of a time, which would have impacted his ability to react quickly to avoid getting into an accident.

Huang worked for Apple and regularly commuted back and forth from Foster City to Sunnyvale, which is where he worked. His job was to develop games, which is one of the reasons why he spent a lot of time using different game apps on his smartphone. When the investigation was performed to determine the cause of the accident, it was then that investigators realized a game application was running at the time of the accident.

There was no way for the NTSB to know if Huang had the smartphone in his hands at the time of the crash. However, the log from the vehicle’s system shows that the driver was not applying torque to the steering wheel, which is an indication that Huang did not have his hands on the wheel at the time of the collision.

The accident has caused plenty of controversy over Tesla’s autopilot feature. The vehicle is known for apparent self-driving capabilities that would allow drivers to take their hands off the wheel for extended periods. While these features include the ability to avoid getting too close to another vehicle and recognizing the proper lanes to use, it is not a truly self-driving vehicle. Those driving in these vehicles should still pay attention to their surroundings and keep their hands on the wheel while driving.

According to the NTSB, Huang’s game-playing was not the only cause of the accident. It is believed that the accident was caused by a combination of two different things — the game application on his phone and an error with the autopilot system installed inside the vehicle. Despite having a forward collision system installed to warn drivers that they are close to colliding into something in front of them, the vehicle failed to send a signal that would have made Huang more aware of what was about to happen. The automatic brakes did not become activated when the collision was about to happen.

While some are critical of the possibility that Huang had his hands off the wheel, the makers of Tesla are also at fault. They advertise the vehicle as self-driving, but that is simply false. No one should rely on a vehicle to do the driving for them because it is simply unsafe. Huang’s family has since filed a lawsuit against Tesla due to its failures.

Did you or a loved one sustain serious injuries due to a car accident in Florida? Don’t let the medical bills pile up while you wait for the negligent party or their insurance company to do the right thing. Right now, you need an aggressive personal injury attorney on your side, fighting to get you the compensation you need, want, and deserve. The skilled attorneys at Gonzalez & Cartwright, P.A. represent clients injured because of car accidents in Lake Worth, Pompano Beach, Boynton Beach, Fort Lauderdale, and throughout Florida. Call 561-533-0345 or email us to schedule a free consultation about your case. We have an office conveniently located at 813 Lucerne Ave, Lake Worth, FL 33460 as well as offices in Pompano Beach.

The articles on this website are for informative purposes only and are no substitute for legal advice or an attorney-client relationship. If you are seeking legal advice, please contact our law firm directly.